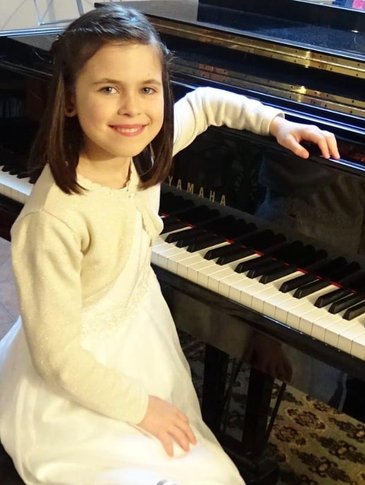 Born in Padova (Italy) in September 2012, she began studying piano when she was 5 years old with M° Francesca Vidal, currently her teacher.

In Legnago she also won the Contemporary Music Prize and she performed in May 2019 in the Concert “Premi Speciali” in the Conservatory of Verona.

In July 2019 she took part in the Masterclass of M° Giuseppe Devastato in Procida.

In November 2019 she won 1st prize at Steinway selection and got the pass for Italian finals in Verona in March 2020.