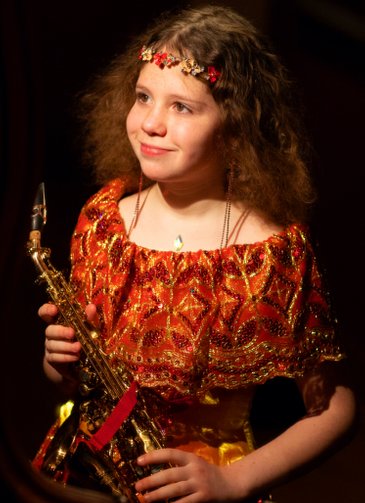 Multiple prize-winner of international competitions. Graduate of Educational Сenter «Sirius» (Russia, Sochi) from Educational Foundation «Talent and Success» with the support of the President of Russia.

Author of the project «The sound which I breathe». The project is aimed at aspiring saxophonists who can listen to music performed by saxophone with piano and play as well or better. The first CD was recorded as a part of the project «Anastasia’s Waltz» at the age of nine, the second ones «Christmas concert» at the age of eleven.

Anastasia’s repertoire includes more than fifty plays, including author’s plays. She really loves classical music and lives music and in the future, she is planning to become a composer and soloist who performs exclusively classic music.

She studies English and Spanish and has only best grades at school.