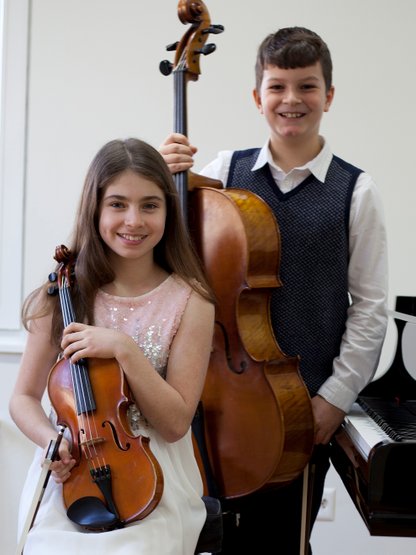 Nina was born in Zurich in a musical family in 2008. She began her violinstudies at the age of 5 at the studio of Liana Tretiakova at the Zakhar Bron School of Music. At the age of 10 Nina became a prizewinner at the International Competition Premio di Padova in Italy. In September 2019 Nina debuted as a soloist with the Chamber Orchestra Sonorus in Minsk, Belarus.