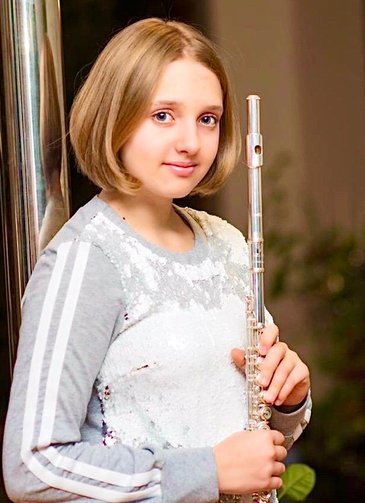 Anastasia grew up with music. Anastasia’s grandfather is a pianist in Vakhtangov Theater. For family events from her early childhood, she always was to play a composition on the piano or to learn a song, or to dance. Every kind of performing was very welcome!

Anastasia started music when she was 6. She chose flute as her instrument after the flute concert that she attended.