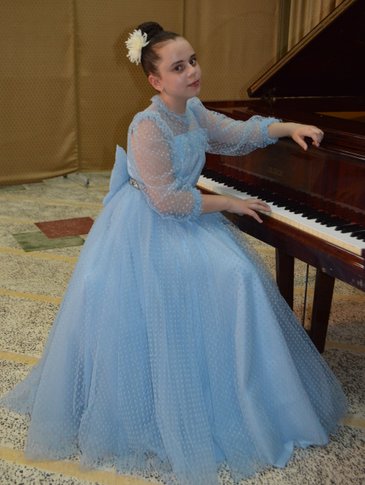 In 2013 she got accepted in Musical and Art School “Jan Kukuzeli”Durrës.

Actually she is still studing piano  by the teacher Ilda Mema. Klaudia had studied piano for 6 years .

She has performed  three recital concerts.

She has interpreted in Haydn Re Major concert with orchestra of “Jan Kukuzeli “Artistic School at the age of 10 years old.

Klaudia has been invited  5th  and 6th international piano masterclass of prof.Heribert Koch in Germany 2018, 2019.

She  has 19 absolute and first prizes awards.