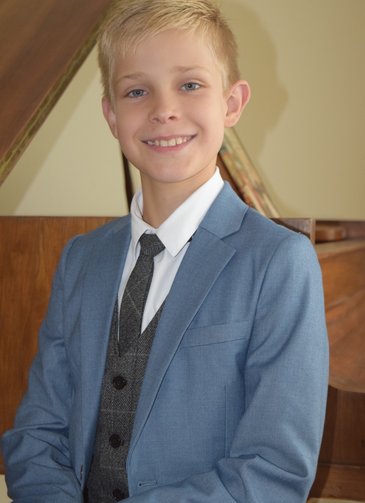 Alexander Zuhrt, born on 2nd April 2009 in Berlin, Germany, showed great interest in music’s during his first years, while growing up and beginning school in Moscow, Russia. However, it was not until he entered the 3rd class, having moved with his family to Hamburg, Germany, in 2017, that he started attending courses for children in singing, dancing and acting at Art Studio Ariose.

His talents and active participation in the classes led to his first public appearance as a member of the kids-group of Ariose at the International Youth Festival “Baltic Lace” at Kaliningrad, Russia, in 2018.

Soon his voice and his talent to perform classic pieces were noticed and arrangements were made for Alexander to attend classes in classic singing with Valentina Alexandrova.

Already in June 2018 Alexander had his public debut at the Hamburg Festival “Hamburger Abrechnung” and was awarded with a 2nd place for singing in his group.

One of the next performances took place at the Tschaikovsky Hall in Hamburg during the 4th Tschaikovsky Festival on 26.05.2019, where he won a 1st price.

His spare time he loves to spend with sports and his hobbies, drawing, sawing and model railways.