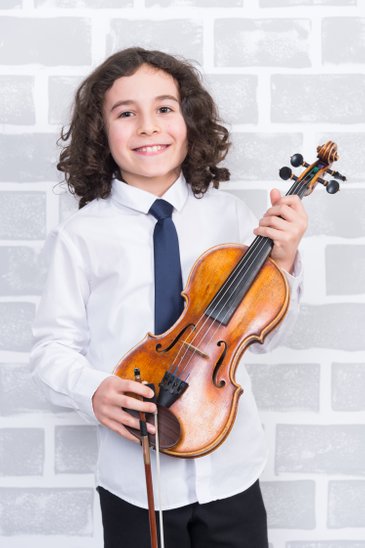 Vladimir Meranliev was born in London in 2010. He has shown his interested in playing the violin at the age of 5 and few months later he started playing at  Violins children’s ensemble “ Little stars” in Burgas, Bulgaria.

At the age of 6, Vladimir has started receiving violin tuitions from Mrs Lljudmila Ivanova, a pedagogue with many years of experience. Meanwhile he was accepted at the National School of Music and Stage Art “Prof. Pancho Vladigerov” in Burgas, Bulgaria at the violin class of Mrs Elena Kleppe he still attends.

Until now, Vladimir has taken part in numerous school concerts and performances. He has also received the following prizes from national and international competitions:

Vladimir is currently using a Laubach violin he has won from the competition of Prof. Mincho Minchev’s Foundation – “The violins of Mincho Minchev” and has been invited personally by him to play at the final concert of his masterclass during the “Varna Summer Fest” in Varna, Bulgaria, in July 2019.