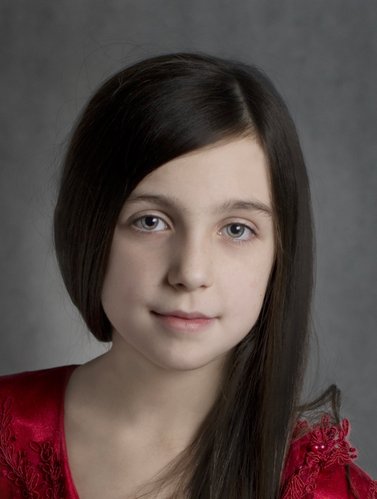 Klara Khomskii is the granddaughter of the composer Julia Tsenova and a daughter of the pianist Kristina Sandulova. She has performed on stage internationally since the age of 4 (Austria, Bulgaria, Germany, the Netherlands and UK) and has received positive reviews, including the "Telegraaf", the Viennese "Bezirkszeitung" and “Pianist”.

Klara was an "international guest" at the festival "Klassiek op het Amstelveld” every year starting from 2014, where she performed the world premiere "Little Hands" composed and dedicated to her by Sonja Schwedersky, and performed as a soloist with orchestra in 2017.

Klara has won many prizes including the 1st prize at the Hamburger Instrumental-wettbewerb 2015 and 2016, Steinway Piano Competition Hamburg 2015, and winner of the "1st prize with distinction" at the Bergedorfer Musikantenwettstreit 2016. In September 2017 she appeared as a guest on the Dutch live TV programme “Podium Witteman”, performing quatre-main with Tatiana Tchevtchouk

Klara has studied with Ruzha Semova, Brigitte Bauer, Olga Hoteeva, Marta Liebana and currently she is a student at the Conservatory in Amsterdam of Nino Gvetadze at a special program for young talents.