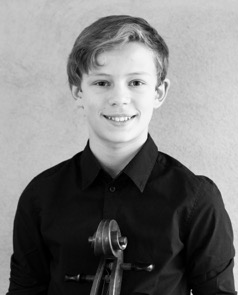 Owen Sørbye Davis is a Norwegian/English cello student – 12 years old and living in Oslo. Owen has been studying the cello for 4 years.

He started playing in a local orchestra (Nordberg String Orchestra). 2 years ago, Owen began studying in a public school with a special music focus in collaboration with the Norwegian music academy Barratt Due.

Owen plays in the Barratt Due Junior orchestra. He has attended various courses and seminars in Norway and the UK and he recently won the solo prize at the Midgard competition in the 12 - 15 year old string class. Owen now studies under Emery James Cardas.