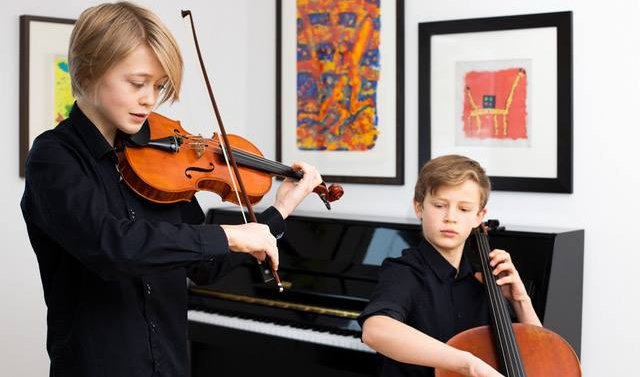 They have played chamber music together for about three years, with violinist Mari Lerseth as their mentor. At ten, they started at “Musikk på Majorstuen”, a public school program adapted to children with interest and talent for classical music. Torje and Owen also play in Juniorensemblet, an orchestra at Barratt Due Institute of Music. Duo2 has performed at several events in Oslo, among them in Oslo City Hall and at the Nobel Peace Centre.