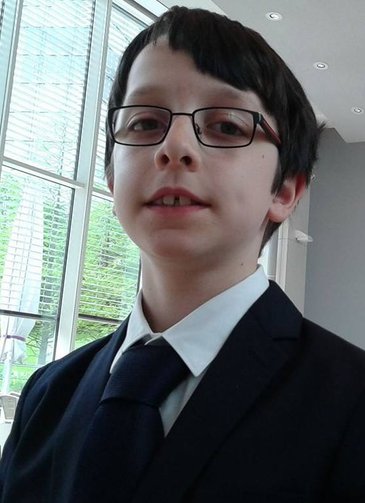 David Anthony Borisov was born in Chicago in April 2007. He grew up with non-musician parents of Russian, Italian and British descent.

He is the oldest of 4 children and speaks English, German and Italian. Since a very early age he has shown strong interest for music. At the age of 5 started taking piano lessons having his first public performance at the age of 6 in Oxford.

In 2014 he started studying with Gerhard Hummel. In parallel he studied music theory with cellist and pedagogue Natalya Leonidovna Liapina and Chamber music with violinist and pedagogue Valery Anatol’evich Liapin in Goettingen.

In 2017 he has was awarded with the first prize at the “Jugendmusiziert” in Northeim, Germany. In the same year he was accepted at the VIFF program for highly gifted children at the Musik Hochschule in Hannover. In 2018 he took part at prestigious national and international piano competitions in Germany and in Italy and was awarded the first absolute prize at the International competition in Villafranca, Verona and absolute first prize of all categories at “Villa Oliva” piano competition in Varese. He is a prizewinner of the online Henle-Klavierwettbewerb 2018.

In addition to music he takes math and chess competitions. He loves Tolkien’s books and the TV series The Simpsons.