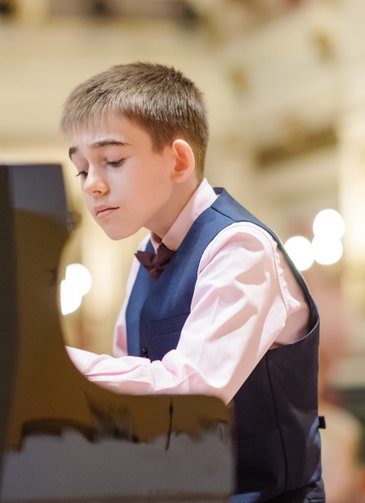 Andrey participated in master-classes and concerts at the Central Music School of Moscow Tchaikovsky Conservatory and has got a good performing practice.

In December 2018 Andrey participated in the theater performance "Your A. Solzhenitsyn", devoted to 100 years anniversary of Alexander Solzhenitsyn on the stage of Moscow Chekhov Art Theater. Andrey in the image of Solzhenitsyn-child played "October. Autumn Song" by P. Tchaikovsky, while famous Russian actor Evgeny Mironov was reading the writer's letters.

Andrey is laureate of more than 20 competitions, festivals and winner of a lot of special prizes. Here are just a few of them in 2018: